History of the Pipe Organ
The organ was originally built in 1906. It was first installed at First Avenue Presbyterian Church in Denver, Colorado.

The organ has 14 ranks of pipes and a 2 manual console. Originally it was a manual organ, the console was attached directly to the front of the swell box. All of the keys were directly and mechanically attached to the specific pipe for each note. It was updated in 1925 to have an electric console, now each note is sounded by an electric mechanism. The organ remained at First Avenue Presbyterian until the late 1970s.

Hosanna Lutheran was in the process of building their first sanctuary when they found that organ would be available. With the help and advice of Mr. Henry Ruby, the organ was purchased and installed in Hosanna’s new sanctuary. The sanctuary was constructed in such a manner as to enhance and showcase this rare instrument.

The organ remains in service to this day and, along with our four talented organists, continues to glorify our Heavenly Father. 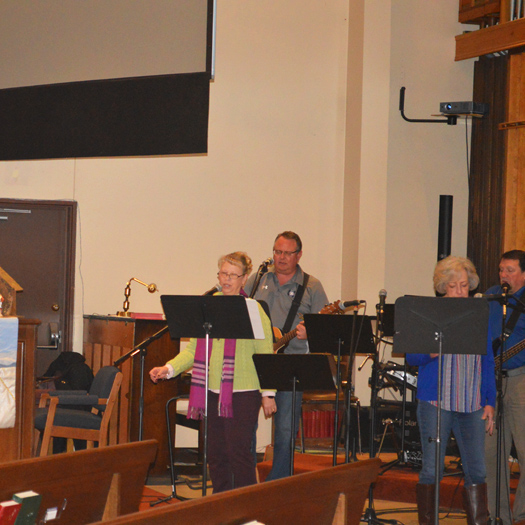